Gareth is a Barrister in London and Attorney and Counselor-at-law both in the State of New York and in Washington, D.C.. As a lawyer he practises in most areas of civil and commercial litigation and Employment law, regularly undertaking advisory work whilst maintaining a busy court practice.

Additionally, Gareth is currently one of only around one hundred self-employed barristers authorised by the Bar Standards Board to conduct litigation in England and Wales, meaning that his clients have access to a broader legal practice.

He often appears as sole advocate in a variety of courts and tribunals, including the County Court, High Court, Court of Appeal and employment tribunals.

Gareth has full rights of audience as an advocate and rights to conduct litigation in all courts in England and Wales, upto and including the Supreme Court of the United Kingdom.  He also has rights of audience in the General Court (of the European Union), the European Court of Justice, New York State courts, the Superior Court of the District of Columbia and the District of Columbia Court of Appeals.

His first degree is in Law. Whilst reading Law, he further studied German Law to be awarded a Bachelors in European Law with Honours. Having then come top of his year for his Masters, he won first prize in his Masters in European Business Law degree (which he undertook in The Netherlands). His Masters was taught by leading academics and practitioners in the EU, including the current President of the European Court of Justice. Gareth also obtained the highest marks amongst non-native German speakers for his Diploma in German Law. He subsequently went on to gain a very competent in his Bar Finals at Inns of Court School of Law, in addition to his Lincoln’s Inn scholarships.

Over the years he has engaged with German law professors by advising on the conflict of laws with English and German law.

Gareth’s commercial experience has included negotiation, mediations, employment disputes and various forms of corporate financing. He has widespread experience in dealing with particularly acrimonious commercial disputes and is highly regarded for his ability to bring a level-headed perspective to negotiations and resolve disputes on highly favourable terms to his clients.

His clients range from individuals and small businesses to larger international and domestic financial institutions and insurers, including FTSE 100, Fortune 500 and UK, EU and US startup companies, family offices as well as liquidators and administrators.

Gareth is regularly instructed by prominent and world-renowned artists in the music entertainment industry in relation to his music law and entertainment practice.

Gareth is a Hardwicke Entrance and Walter Wigglesworth Scholar of Lincoln’s Inn.

Gareth has, over many years, also devoted time to various charitable matters and sits as trustee on International non-profit organisations and foundations.

Gareth has broad experience of and takes instructions in England and Wales for:

He frequently practises in, and is therefore particularly able to advise on and be instructed to appear in court in, the following areas:

Gareth has worked upon many cases and deals over the years.  A few of these include:

Over the past 20 years Gareth also has experience of working with and is available to work as a junior to Silks or other senior practitioners. He has worked as part of the advocacy team on complex legal trials in the Commercial Court with leading QCs, in addition to high value appeals in the Court of Appeal.

Gareth has a Diploma in German law from the University of Bayreuth in Bavaria (one of the top German law faculties) and is able to advise on civil aspects of German law and the private international law of both England and Germany. He is able to take instructions in German, French, Spanish and Dutch and is frequently instructed to give advice to overseas clients, including on cross-border transactions.

US-based clients can instruct Gareth under his New York State or District of Columbia law license or in his capacity as a Barrister and Litigator in England and Wales. Please ask for further information.

The District of Columbia Bar

For full details on Gareth's practice, both in relation to his qualifications as a barrister and attorney and regarding fees, please email using the link below or speak to anyone on the administration team. 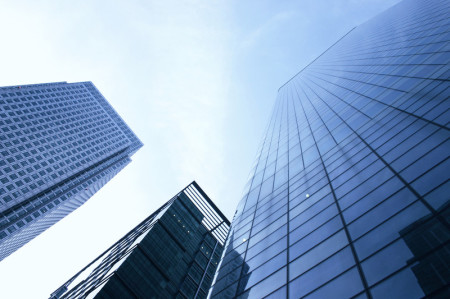 Recommend this page
© Canary Wharf Chambers 2011-2023 : In some jurisdictions this website is ATTORNEY ADVERTISING - Prior results do not guarantee a similar outcome : Legal representation is only being provided in New York State or Washington, District of Columbia if written client agreements governed by the respective laws of New York State or the laws of the District of Columbia are entered into. The information on this website is purely for information purposes.